Normally, I would stop Saturday night, and stay over Sunday in a town, to attend services. That town was to be San Miguel today. 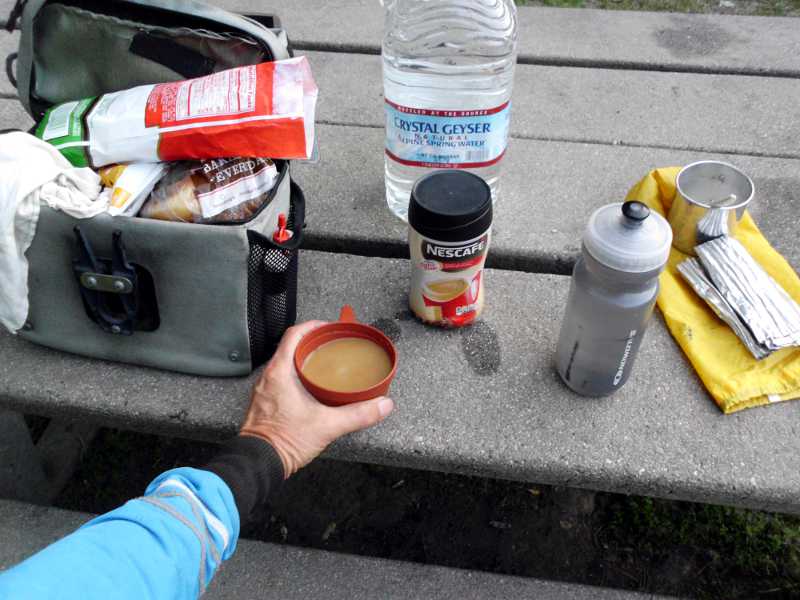 About 8 miles outside of the Pinnacles, I met Lewis, a walker. He had dress pants on, and was carrying a trash bag as well as his backpack. He was well-spoken young man of color, but wary of betrayal, and didn’t want to take any food or water from me, and didn’t want his picture taken. He had hitched a ride, apparently, and had been dumped at the Laguna Ranch down the road, instead of the Pinnacles. He said he thought he was on a spiritual journey. I gave him a card. 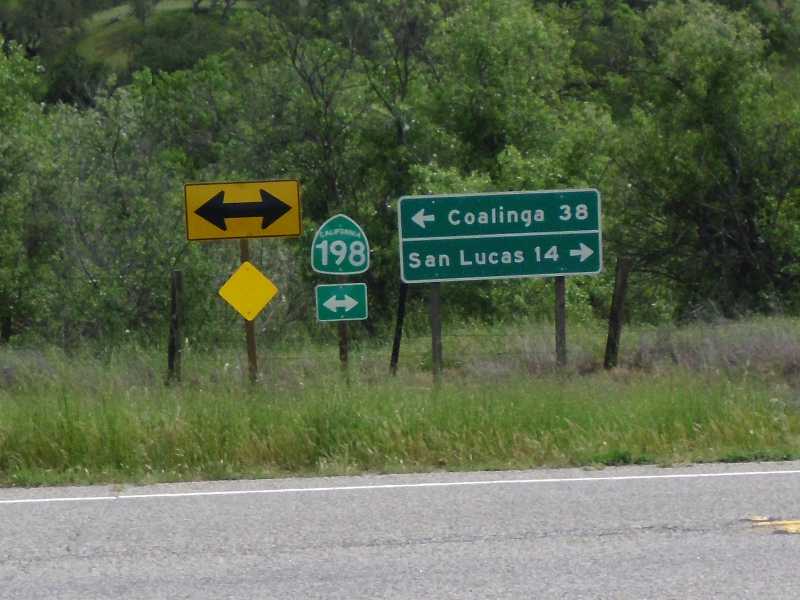 Thought about heading to San Lucas, 14 miles away instead of 30. But it was an extreme climb up the road, and I had no strength left. Going to the Pinnacles, I didn’t have to walk the bike. Coming out of the Pinnacles, I did walk it about 3 times on hills.

It was here that I met a cyclist going the other way, Dave. He told me that the highway towards San Miguel was a climb from 1300 to 2000 feet, then good downhill. Even that seemed horrible, but at least it was a known quantity. My Google directions said to take Peach Tree Rd, so I did. But when I got to the place where the road becomes Indian Valley Rd, my heart sank. Steep climb, with no end visible.

Decided that I had to stop for the night. It was 5 pm. Not nearly sunset, but I didn’t want to face 25 miles of possible extreme climbing in the dark. My headlight batteries had been drained at the Pinnacles editing the previous blog post. In fact, I was low on all batteries. I had used up the external USB battery to charge the smart phone, and had only the netbook with which to charge the regular phone. No computer work this night.

Water was also at bare minimum. There was only what was in the bottles, plus that little bit in the jug. Not enough in the heat, but maybe in the cool of the morning, okay. I was going to use the remainder of the jug as the night’s ration, and tomorrows breakfast. No, too risky. There was a farmhouse nearby. I went over and called out, but there was no answer. I opened the cattle gate, and went up to it, but nobody was home. I wasn’t going to use their spigot unless it was an emergency, and I decided that yes, it was an emergency. I went back to camp to get a paper, pen, a dollar, and my card, so I could leave a note for them. But as I was headed back to the farmhouse, a truck pulled up, with a young man in a cowboy hat, and (probably) his wife or girlfriend riding shotgun.

He asked if everything was all right. I told him that I ran out of water. “Got that right here,” he said, handing me a full gallon. I really wanted to give him a couple dollars for it, but he simply said, “No. Won’t take it.” He also said “God bless you” as they drove away.

There’s a huge difference between being on water ration, and having enough to brush teeth or cook a meal.  I couldn’t cook, though. Fire hazard.

Things I did not get a picture of, mostly on account of rush:

This site uses Akismet to reduce spam. Learn how your comment data is processed.