It was stressful getting here. At San Francisco, our plane was delayed an hour and fifteen minutes. There was no free food on the plane, so we skipped lunch. When we got to Vancouver airport, we had to go through customs to enter Canada. I got into a line that looked short. Each line led to two stations with agents, for example, one line led to stations 1 and 2. As luck would have it, we got to station 13, and there was no one at station 14, so we were moving at half speed. And worse, some ding dong in front of us had a problem, and the agent had to go and try to find help. We had gate-checked our bags, so had to go to baggage claim. After all that delay, one of our bags had already been removed from the carousel and put on the ground by someone. Outside of baggage claim, we found the Holland America agent, who told us that the last shuttle had already left for the boat, but gave us a voucher for a taxi.

The taxi driver told us that internet is expensive on a cruise, and so are drinks – that’s how they make their money. He also said that he only gets a flat $35 from the voucher, gratuity not included. That was a dubious statement to me. He also told us that we could book a taxi cheaper on our own, and that the ship charges us $35 for the voucher, then gives the $35 to the taxi. Well, then logically, he was getting more than he would have from a normal fare, right? I didn’t give him a tip.

Upon reaching the sea terminal, we had to go though US customs to board the ship. Really?

We got onto the Voldendam at 4:15 pm or so, just in time for the safety drill. 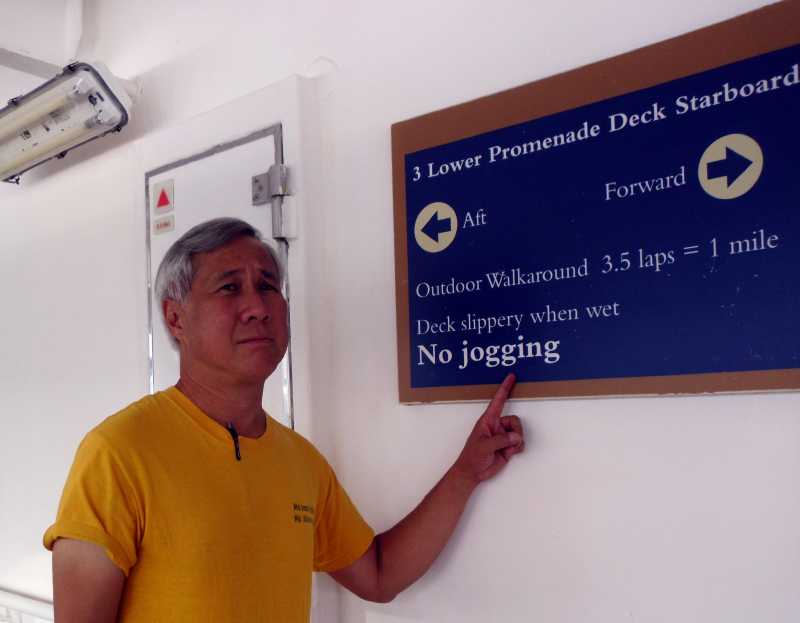 We were supposed to meet our friends Jackie and Steve at the buffet at 4:15, but couldn’t find them. As we didn’t know their room number, we couldn’t leave a message. Our phones weren’t working, either, so we couldn’t call.

After searching the buffet a few times, and wandering randomly about the ship, we decided to just eat at the buffet. Actually, we ate there twice, but I had very modest portions each time. The buffet was about as good as Hometown Buffet, I would say. A few of the meats were better, but it certainly wasn’t on the same level as (say) Super Buffet (now Hokkaido Buffet) in Santa Clara. And fresh vegetables were practically nonexistent. I also noticed that there wasn’t an item to match every sign. For example, there was a sign for citrus seafood cocktail, but all I saw there was fruit cocktails.

Before going back to our room, we decided to look at the menu at the main Rottendam dining room. But while we were there, Jackie and Steve walked in. We found out that they were in room 1917, on the starboard side, while our room was 1920, on the port side. Actually, we ended up having a third meal at the dining room with them, and another couple, since tables are for six. All I had was a the citrus seafood cocktail. It had bay shrimp and scallops on a bed of lettuce. Not bad. The citrus part was that a slice of lemon was included.

After dinner, we wandered the ship more, and discovered some of the entertainment. There was a band playing in the lido area by the pool – not super good. A guy playing a viola with a woman on piano near the library – very good. A jazz combo playing standards in the Neptune lounge – superb. We later saw a show with singing and dancing. The performances were about as good as a good high school musical. Entertaining. 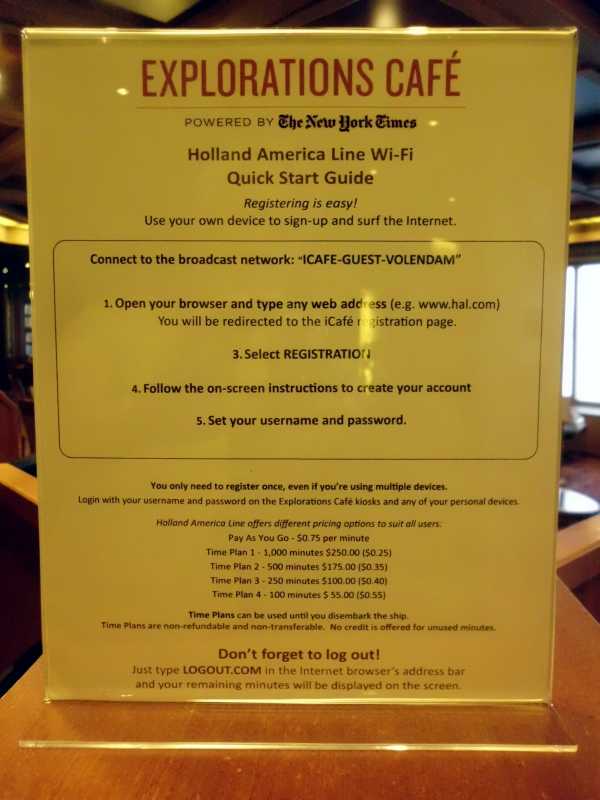 It is not cold AT ALL yet. Even out on deck at night, I don’t need my jacket.